A badge of honour…

Tonight I was ejected from the AGM of my local Conservative Constituency Association. Yes, I admit to being a card carrying member of the Tory Party. In fact I joined last year with the express desire of being able to hold my Remainer MP to account for defying the will of her constituents.

Now party politics is not new to me. In 2015 I voted for UKIP and was a member of UKIP at the time. UKIP meetings were a bit of a shambles but at least they were all singing from the same hymn sheet and believed passionately in what they were putting forward to the electorate which is more than I can say for the Tories.

It started badly as not one single person on the front table thought to introduce themselves as they got up to speak. This always bodes ill with me because of the arrogant assumption that they are so bloody important we are just expected to know who they are. I’d never seen them before so was forced to ask – which didn’t go down well. Never mind.

After the usual formal waffle it was our MPs turn to address the meeting. The chap next to me leapt in and gave an passionate address about the Brexit shambles and the splits in the party and how if they didn’t get their shit together they would be massacred at the next election and how he’d never vote for them again. Pretty much what I intended to say so he saved me the trouble.

This was met with much derision from the assembled masses and a sprited response from the MP who proceeded to bang on about how much better things were under the Tories and how Corbyn was too dangerous to be allowed into power. Much of this has sod all to do with Brexit and totally failed to address my friend’s point.

I could resist no longer. I interjected by asking why if things were so good for the UK why we were kowtowing to a bunch of unelected EU dictators and why we didn’t have the balls to tell them to get stuffed. She waffled on about how good the Capitulation Agreement was because we needed a deal for our own good.

I asked what we would be getting for our money. That’s 39 billion plus 10 billion a year for the two year transition plus 8.4 billion a year that we collect on import duties and hand over to Brussels. That’s a total of 76 billion pounds or £1,200 for every person regardless of age in the UK.

That was met with a grunt of disgust from a bloke behind me so I pointed out that for a party that professes to care for the disadvantaged and needy in society, robbing them of £1,200 per head was a little hypocritical.

Our illustrious MP was a getting a little flustered at this point and got really cross when I continued by asking her what the whip would be in the forthcoming votes (she’s a whip) and how she justified supporting remain in defiance of the Conservative manifesto and against the wishes of the electorate in her leave voting Constituency.

At this point she lost the plot and suggested I leave the meeting, so as I could no longer tolerate her unbearable arrogance and hypocrisy, I decided to comply.

The Tory Party was once known as the nasty party but I prefer to regard it now as the Arrogant Party. Seems its OK to be open and a ‘broad church, one nation Conservative’ as long as you go along with everything they say without question.

That’s not my way as my regular reader will know and never will be, so I say a heart felt “Fuck you” as I exit stage right.

Is it any wonder the EU are shitting all over us with this shower in charge?…

Another day, another Brexit scare. It seems that a ‘group of MPs’ – Remainers perhaps? – have produced a study that says hundreds of jobs will be lost in the UK car industry if we leave the single market and customs union.

Let’s examine the possible scenarios in depth, shall we?

(1) We leave with no deal and WTO tariffs come into effect. Because of the drop in the sterling exchange rate we’ve already seen, foreign imported cars are more expensive. Similarly, exported UK cars are cheaper to buy abroad. The tariffs apply equally in both directions.

(2) All car imports and exports stop happening altogether. Really? No, but let’s assume so. As a result UK buyers are stuck with UK produced cars.

In either of these scenarios, UK car production increases, so naturally there will be job losses in the UK motor industry won’t there? Well, obviously not…

Can anyone take this seriously? Is there anyone out there who seriously thinks that VW/Audi, Mercedes, BMW, Renault, Citroen, Dacia, Skoda and all the other Euro car manufacturers are going to tolerate the Brussels bureaucracy killing access to one of their biggest markets?

Of course not. It’s just another Brexit scare to frighten stupid people like you and me… 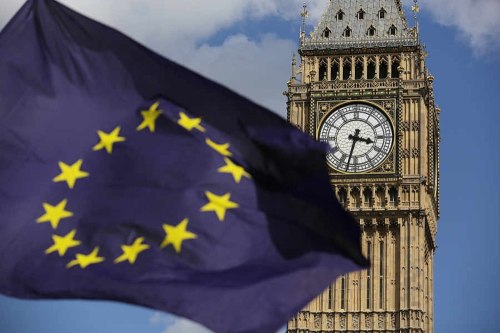 I’m indebted to my friends over at ISAC for running a series of daily Brexit scare stories to frighten all us ill informed people who are so thick we didn’t know what we were voting for and will believe any old bullshit that Project Fear II puts our way.

Here’s a summary of the last few days :

1.
Ex-pat pensioners could return to the UK for free NHS treatment after Brexit and, according to a report by the Nuffield Trust, this could cost the NHS an extra £1billion per year. This figure does rather assume there isn’t a corresponding saving in no longer treating EU nationals in the UK for free and there is no mention of some of the report’s other conclusions, including that Brexit may make another £5billion per year available to the NHS, or the potential benefits in adopting more flexible working practices.

2.
BBC devoted prime news time to the chaos that will ensue if we leave Europol. Now we were in Interpol for fucking years without being in the EU but now it is Europol and leaving the EU will expose us to terror and chaos.
Why the fuck this should be was not explained although I suspect layer upon layer of bureaucracy has taken over rather than coppers etc pooling info.
The remoaner interviewed was of course a Brit employed by Europol. He didn’t mention terrorists crossing borders with impunity but that was no surprise.
So, Brexit scare of the day – uncontrolled crime and terrorism.

3.
We won’t be able to staff the NHS. So called BBC News at 6.
I wonder how non EU countries manage to attract and employ skilled workers? Could it be that they have a points system and priority occupations?
Of course this could never work for Remoaning Britain. Better to admit every fucker from the EU – and of course far beyond thanks to Frau Merkel – without control or checks.

4.
First minister of some tin pot principality called Wales, Carwyn Jones, tells the BBC news website ‘Trade deals with the US etc cannot replace EU trade deals.’
No reason why they should. The deficit is in the EU’s favour so any tariffs will hit them harder than us. Trade will continue in both parties interests.
Fact 1. Wales voted Leave.
Fact 2. This gravy train riding cunt knows better that his constituents.
Fact 3. The Welsh assembly is the biggest collection of tossers and misfits outside of Brussels.

Yes, Project Fear has risen from the grave and boy, does it stink…

Never underestimate the ability of people to be stupid…

Today McCuntsky’s lefty boys have launched a new post campaign in north of England to persuade people to “come home to Labour” on the 8th June.

They say ‘only Labour will protect jobs, the NHS, education and pensions’ – but I prefer a more honest version.

Labour will flood the country with immigrants – banging up class sizes, push taxes through the roof to pay for their ridiculous schemes, raid your pension fund, and destroy your jobs by raising corporate taxes and driving away investment.

That’s the real truth behind Labour…